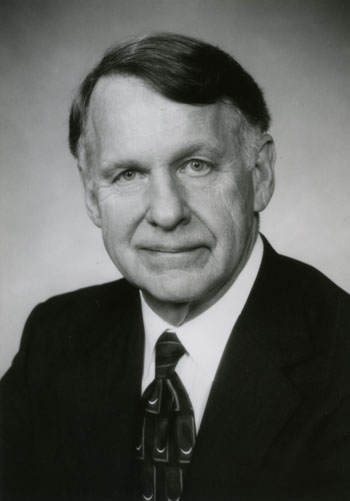 His youth was spent, at least part of the time, with his older “brother Don,” who also led our specialty and many aspects of regional anesthesia during his career in Seattle. Considering both personal friends and professional mentors, and from the farm country of Northeast Nebraska myself, I developed a bond with them that comes from common roots. I rarely heard either Don or Phil refer to each other without adding the adjective “brother” to the other’s name. It was always brother Phil or brother Don.

Phil graduated from the University of Nebraska Medical School in Omaha and had to wait to see anesthesiologists in action until he moved to Seattle. He did a rotating internship at King County Hospital (now Harborview), and then his residency at the Mason Clinic. Following this, his interests in academic medicine drew him to an NIH fellowship at Stanford, and then a year of research in London, England, with Dr. Churchill-Davidson, of neuromuscular blocker fame.

One of his notable contributions to regional anesthesia came from his partnership with Michael Cousins of Australia, in co-editing the first comprehensive modern textbook, Neural Blockade in Clinical Anesthesia and Pain Medicine. Although Mike Cousins had also been a fellow at Stanford, their collaboration stemmed from a week Mike spent at the Mason Clinic as a visiting professor prior to his return to lead the department in Adelaide, South Australia. It was during that week in Seattle that Mike asked Phil to partner on the book project which went through four editions under their leadership.

Phil did not spend all his time writing, editing, and leading our specialty groups. Rather, after leaving a leadership role at the Mason Clinic, in 1977 he took the position as chair of Anesthesiology at the University of Cincinnati, which he headed for more than 25 years. Having visited him and his department as a visiting professor in the 1990s, I saw first-hand how effectively he showed the way to others, both nationally, and at home. He knew what was going on in Cincinnati and nationally; a real tribute to his abilities, dedication, and wisdom. He and his wife, Diann, were married 38 years and she, also an anesthesiologist, often “ran the operating rooms” in the university practice.

If you examine Phil’s publication record, you can see the fingerprints of his fellowship training in basic science of neurophysiology and neuropharmacology. His University of Cincinnati team’s rhesus monkey model of spinal cord pharmacology and physiology produced great clarity in that difficult-to-study area. He often shared with me that he longed for getting the balance right between clinical work, education, and research in an academic department.

As Phil moved on from leading almost all the important organizations in our specialty, he didn’t quit. He is also to be remembered for his dedication to international humanitarian work. In 2011, he was honored by the American Society of Anesthesiologists as the first recipient of the Nicholas M. Greene, MD Award for Outstanding Humanitarian Contribution. This award and his international work often centered in Africa, and, though a long way from Homer, Nebraska, Phil’s world knew no boundaries. He cared.