Since it was first used in the 1960s, spinal cord stimulation (SCS) has consistently been compared to cardiac pacemakers (CP) because both therapies use artificially generated electricity to modulate human tissue that relies on electricity propagate signals. However, although CP technology advanced over time, SCS remained largely stagnant until recent years. For decades, CP platforms have read and interpreted the heart’s real-time electrical signals (electrocardiogram [ECG]), which dictate how and when the device will send an electrical impulse. The very idea of using CP without the ability to monitor ECG that could only guess when to send an electrical impulse not only seems illogical but dangerous, because an unstable rhythm can be life threatening; it was a vital feature. Pain, on the other hand, is not life threatening, so for SCS not to have the capability was never questioned . . . until now.

The spinal cord has a measurable electrical rhythm known as an evoked compound action potential ([ECAP], Figure 1). The waveform reflects the movements of sodium and potassium across the cell membrane and the propagation of multiple action potentials away from the point of stimulus. Despite SCS’s innovations in the past decade, it is still unable to read and interpret ECAPs to identify whether the stimuli are too strong or weak for an individual’s electrophysiology in given position at a given moment. In essence, the device will send the same electrical impulse, time after time, regardless of whether the patient is being overstimulated or understimulated (Figure 2). 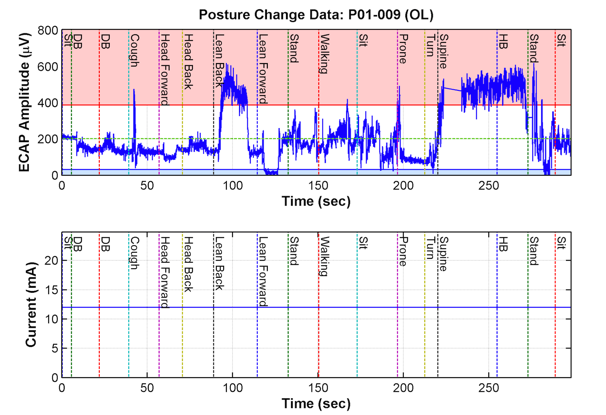 The concept is quite simple:

A self-adjusting SCS system can internally preserve optimal programming parameters while adapting to the patient’s experiences or activities. For example, most patients want to minimize paresthesias, which are affected by their position or activity. Positions like lying supine and activities like coughing or sneezing increase stimulation to the point of discomfort (i.e., overstimulation). Because overstimulation has plagued SCS for decades, strategies like “paresthesia-free” stimulation or subperception programming have been used to minimize painful stimulation resulting from changes in position or activity.

Paresthesia is a common occurrence with conventional SCS systems because they are programed based on patients’ sitting and inactive position in the office. When patients go back to their more active daily life, inevitably they experience episodes of overstimulation as the leads come closer to the spinal cord at different intervals. Because the device emits the same amount of stimulation, regardless of how close or far it is from the cord, stimulation levels are in constant flux, forcing patients to turn their stimulation down. Although that effectively prevents overstimulation, it also limits the therapy’s efficacy because it is working below prescribed levels.

Closed-loop devices adjust themselves before the patient even perceives overstimulation. And once the patient’s posture changes, thus returning the lead back to its normal distance from the cord, it readjusts the again to keep the stimulation within prescribed parameters (Figures 3 and 4). 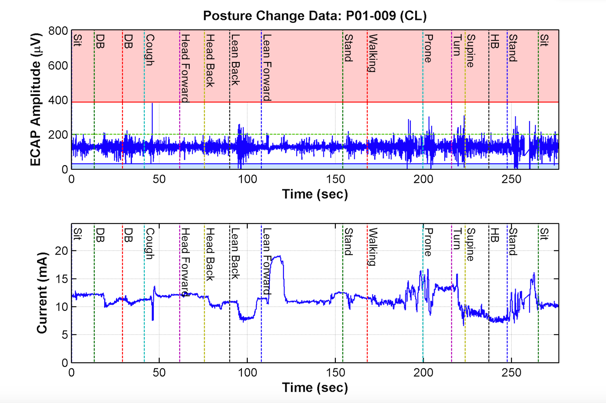 The top figure shows how ECAPs fluctuate much less based on position as compared to Figure 2. The bottom figure represents how the closed-loop system continually adjusts itself and changes its level of stimulation in response to the ECAPs, thus preventing episodes of over- or understimulation. 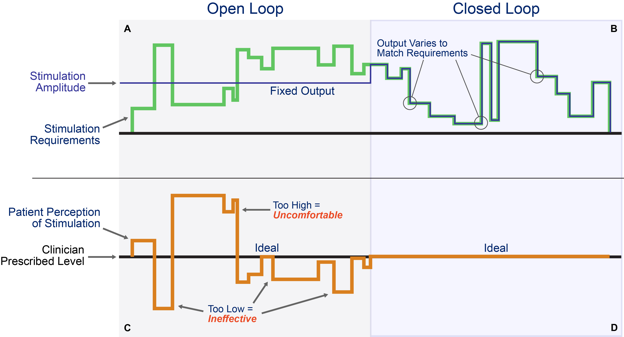 Figure 4: Patient with conventional, open-loop stimulation on the left (a) and closed-loop on the right (b)

Two studies—one conducted in the United States (Evoke)1 and the other in Australia (Avalon)2—both demonstrated sustained clinical improvements in time spent in the therapeutic window and, subsequently, pain relief when using closed-loop versus conventional SCS (Figures 5–7). 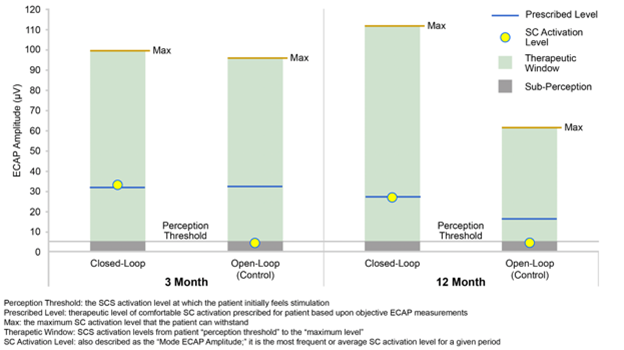 Figure 5: Evoke1 study comparison of patient perception, activation, and the therapeutic window for open- and closed-loop SCS at 3 and 12 months 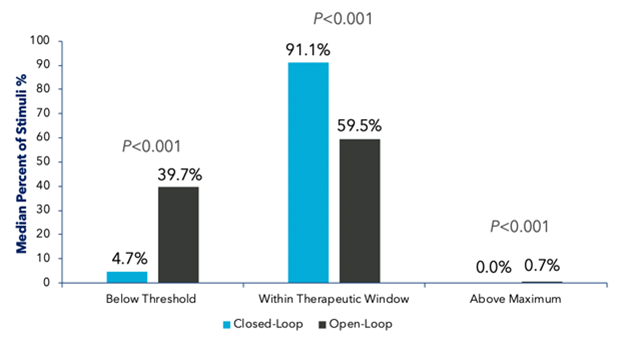 Figure 6: Evoke1 study comparison of the percentage of time patients spent in the therapeutic window at 3 and 12 months for open- and closed-loop SCS 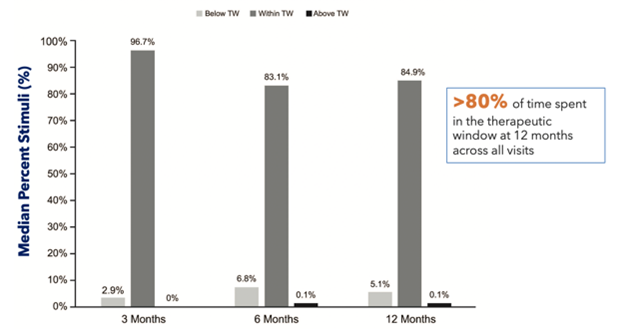 Figure 7: Avalon2 study comparison of patients’ time spent in the therapeutic window (TW) at 3, 6, and 12 months

Evoke was the first-ever double-blinded study on SCS. Other studies like ACCURATE,3 Sunburst,4 and Senza4 either compared SCS to different types of treatment or informed patients that the experimental systems would lack paresthesias, in both situations meaning that patients could identify whether they were receiving the study intervention. Because Evoke had no such biasing, the level of data is unprecedented.

All patients had the same system, placed in the same fashion, and programmed using ECAPs. Once everything was in place and programmed, the engineer turned on the closed-loop feature for the intervention group.

A prospective, multicenter, randomized, double-blind clinical trial involving 134 patients across 13 different sites, Evoke compared closed-loop stimulation (intervention) to traditional, open-loop fixed output stimulation (control). Both groups were programmed using ECAPs to create an individualized therapeutic window with a prescribed level of stimulation, and the closed-loop feature was switched on for the intervention arm only. Patients in the closed-loop arm reported statistically significant reductions in pain over the control arm at both 3 and 12 months (primary endpoints) (Figures 8–10). 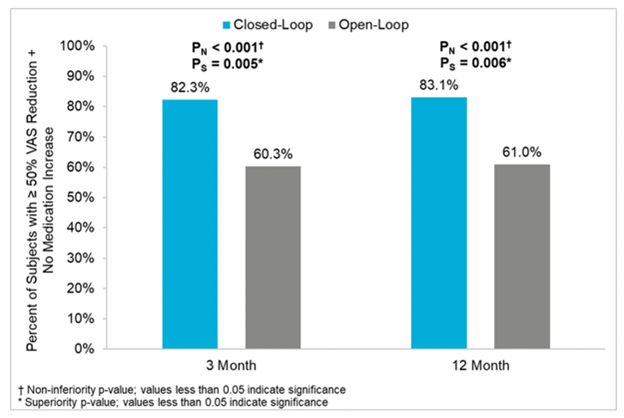 Figure 8: Percentage of patients with 50% of more pain relief (intend to treat population) at 3 and 12 months from Evoke1 study 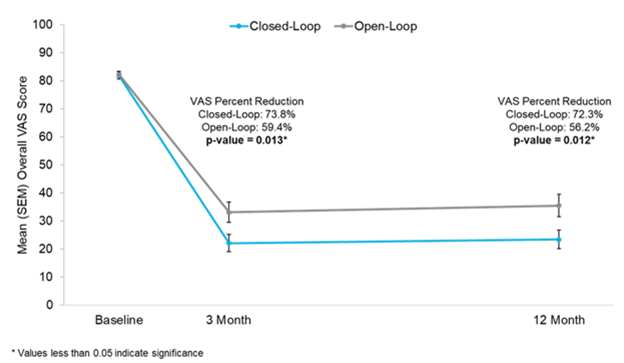 Figure 9: Reductions in visual analog score (VAS) at 3 and 12 months in Evoke1 study

The Evoke study also showed that the patients in the control group had better-than-expected outcomes because the traditional system was programmed using ECAPs as a guide. In fact, many of the measurements in the control arm were comparable to the experimental arm in the Senza study (Figure 11). 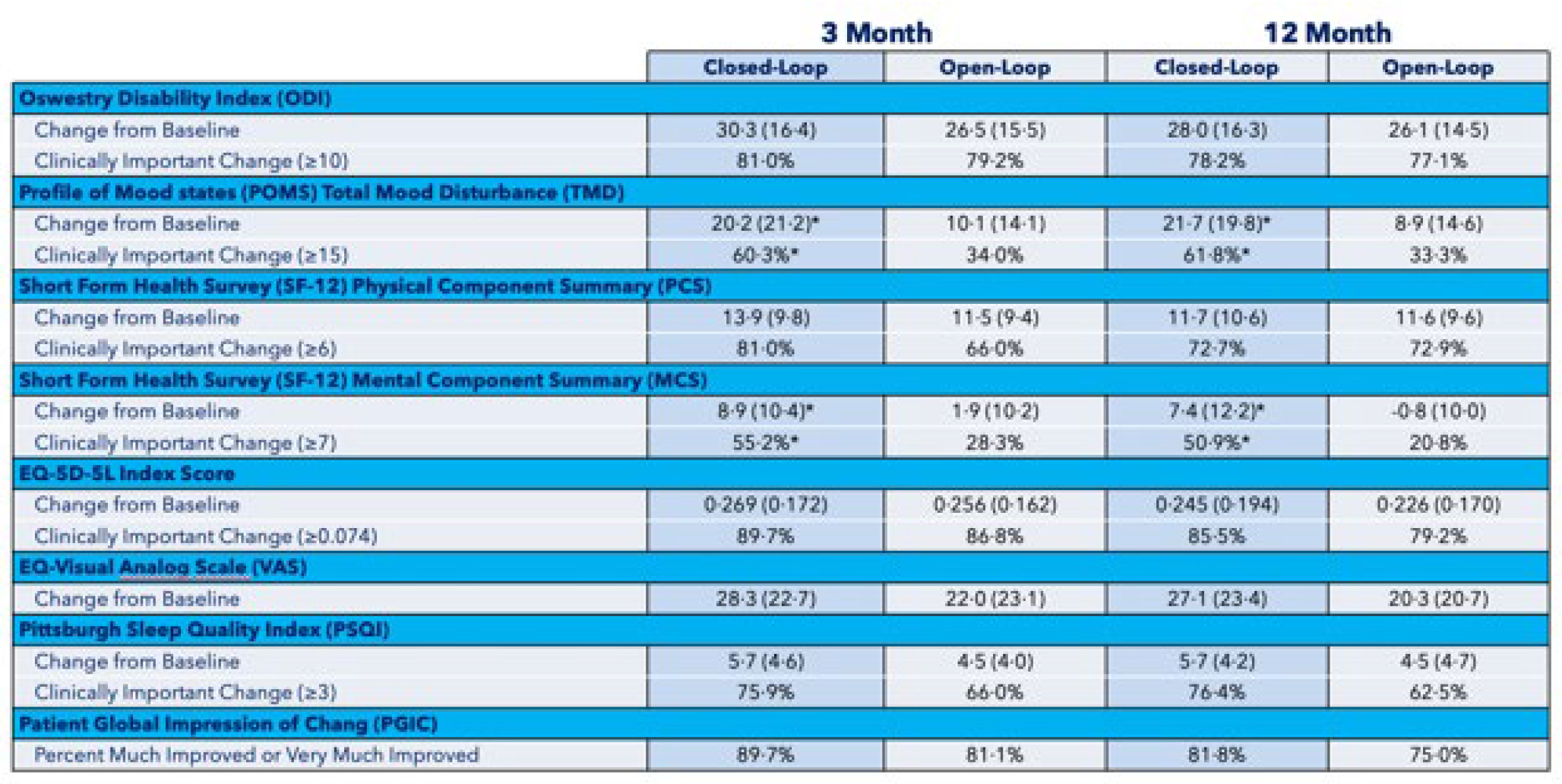 Figure 11: Summary of patient-reported outcomes measured at 3 and 12 months in Evoke1 study

Occam’s razor is a principle of problem solving in which the simplest solution is usually the correct one. Perhaps all we needed all along to let SCS reach its full potential was the ability to make it adaptive the way cardiac pacemakers became so many decades ago.

Closed-looped stimulation provides neuromodulators, for the first time ever, with the ability to objectively measure and interact with the spinal cord’s electrical activity, just like a cardiac pacemaker would with the heart. The implications of this concept are the most progress science has made in the potential for providing superior pain control with SCS. It is not simply another SCS system touting improved outcomes; this innovation represents a major paradigm shift in our field—not just in the way pain is treated, but in the way it is measured. 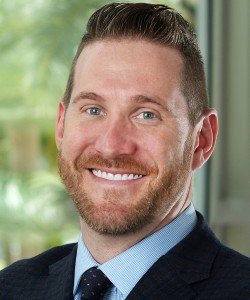 Corey W. Hunter, MD, is the executive director of Ainsworth Institute of Pain Management and assistant clinical professor of Physical Medicine and Rehabilitation at Icahn School of Medicine at Mount Sinai Hospital in New York, NY. 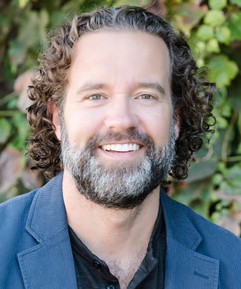