In the United States, the number of drug overdose deaths increased by nearly 5% from 2018 to 2019 and has quadrupled since 1999.1  From 1999-2019, nearly half a million people died from an overdose involving opioids, including prescription and illicit opioids.1 Over 70% of the 70,630 deaths in 2019 in the United States involved an opioid.2 These rise in opioid overdose deaths occurred in three waves. The first began with an increase in prescribing opioids in the 1990s, with overdose deaths involving prescription opioids increasing since at least 1999.3 The second wave started in 2010 and increasingly involved heroin.4 The third wave was seen from 2013, when street drugs were frequently mixed with synthetic opioid, especially fentanyl, and its analogues.5-8 A similar landscape occurred in Canada. Amid the opioid crisis, more than 11,500 apparent opioid-related deaths occurred in just two and a half years, between January 2016 and December 2018.9

Our story has demonstrated the power of using different social networks to bring physicians from various subspecialties and backgrounds together to combine their expertise and target a common goal.

The rapid rise in the death toll also has increased the number of organ donors of young, previously healthy individuals.  This becomes increasingly noticeable at our institution which is one of the major transplant centers in Canada. An email was sent by one of our chronic pain physicians who was emotionally disturbed by the trend and, of course, many of us were affected by it in silence until the email communication. Since then, a focus was initiated to discuss strategies or campaigns to be used to increase awareness of the danger of opioids.  This group was formed by a former cardiac anesthesiologist (Dr. Cheryl Mack), who took on the role as the chair of the Ethics Committee; an acute pain physician (Dr. Vivian Ip); and a cardiac surgery resident (Dr. Michiko Maruyama) who had a background of arts and design and happened to know Dr. Mack from being in the operating room.

The Birth of the Doctors Against Tragedies Card Game

At the meeting, ideas for how to educate the public on the opioid use and misuse were discussed and Dr. Maruyama suggested creating a fun card game as a social campaign to educate the public about opioids.  The deck of this card game includes black cards and white cards.  One player reads out loud the black card, which has blanks in the sentence, and the other players pass that player the white card, which is supposed to fill in the blanks. The player with the black card will pick the funniest white card response to fill in the blanks, and a point will be given the owner of the white card.  Below the “response” in the white cards, there will be facts about opioids.  Therefore, as the players read these facts, they will acquire more knowledge about the appropriate use of different types of opioids for analgesia in the medical settings and their adverse effects, addictive potential, treatment for overdose, and fatality in opioid misuse, while debunking the myths and fear surrounding the topic.  The sentences on the black cards, together with the potential responses for the white cards were drafted by each member of the focus group in a shared document.  With the Emerging Leaders in Health Promotion Grant from the Alberta Medical Association and the Canadian Medical Association, the cards were printed and the members of the focus group tested the game by playing several rounds. The cards were revised before the product was finalized.

In the United States, the highest amount of deaths from opioid overdoses occur in people 25-34 years of age, followed by those who are 35-44 years of age.10  The proposed target audience for the card game is primarily younger individuals. Therefore, the cards were distributed with this target audience in mind at universities, remand centers, public houses, and coffee shops, for example.

From the marketing point of view, several different channels were used.  First, a local news channel was made aware of the card game for opioid education and they conducted an interview, which helped to increase local awareness.11 Another local news channel was invited to film anesthesia residents playing the card game at the university campus and engaging university students to join and play along while learning facts and debunking myths about opioids.  In addition, presentations were held at medical conferences locally and internationally, which stimulated interest to set up a chapter in Halifax, Nova Scotia. With the success of this social awareness campaign, card games on other topics surrounding health-related issues such as sexual health and infectious disease also have been launched.

Our group started small and grew to a giant multidisciplinary team of even more unlikely collaborators from medicine, nursing, dentistry, fine arts, design, community members, opioid users, opioid abuse survivors, and so many people from all different fields and walks of life. Our story about an unexpected collaboration has demonstrated the power of using different social networks to bring physicians from various subspecialties and backgrounds together to combine their expertise and target a common goal. 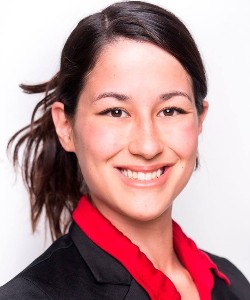 Michiko Maruyama, MD, BDes, is a cardiac surgery perioperative care physician and clinical lecturer in the department of surgery at the University of Alberta Hospital in Edmonton, Canada.

Vivian Ip, MBChB, FRCA, is a clinical professor in the department of anesthesia and pain medicine at the University of Alberta Hospital in Edmonton, Canada.