After listening to an inspiring talk from Dr. Vivian Ip at the 2018 World Congress on Regional Anesthesia and Pain Medicine in New York City, we chatted about how I could get involved with the Doctors Against Tragedies, Opioid Education Card Game. A few months later, Dr. Michiko Maruyama and I were sitting down for coffee in Halifax, discussing how to get a chapter of the Doctors Against Tragedies Game started in Nova Scotia. I had one copy of the card game, and Dr. Maruyama talked me through how to download packs from the website.

At any one time, up to half the patients admitted to our pain service are moderately to highly opioid tolerant.

The Department of Anesthesia, Pain Management and Perioperative Medicine at Dalhousie University has always had a very strong commitment to global health, strongly linked to the Canadian Anesthesiologists’ Society International Education Foundation. While many of our anesthesiologists had travelled to Africa, Asia, and South America, we had not addressed local health challenges, such as the opioid misuse crisis. With the department’s support, I received funding to print, collate, and package the cards.

As an acute pain physician, I acknowledge that I have exposed a large number of patients to opioids, without ensuring that, on discharge, they have appropriately weaned off the medication. At any one time, up to half the patients admitted to our pain service at the Halifax Infirmary Site are moderately to highly opioid tolerant. I felt that within a teaching institution, it was important to expose residents and medical students to the issue, understand the magnitude of the problem, and improve their communication skills when dealing with patients.

In fall 2018, I formed a focus group consisting of interested residents, nurses, and a lay person who had experienced the loss of her son from accidental opioid overdose. Other key partners were the Dalhousie Global Health Office and Amanda Hudson from the Nova Scotia Naloxone Take Home Program. Dr. Robert Strang, chief of public health in Nova Scotia, was very supportive. Shortly after, we were educating medical students about opioid overdose, addictions, and naloxone training, as well as playing the opioid education card game. One of the most powerful evenings was when our lay person spoke to the medical students about her experience of losing a child, which resulted in their outpouring of love and support to her in return. Although this tragedy had affected her so deeply, she felt that she was making a difference. We made sessions very interactive doing basic life support training on dummies, drawing up naloxone, and practicing injecting it in all our presentations.

Medical students and anesthesia residents then became Doctors Against Tragedies Opioid Education Card Game ambassadors, playing the card game with students at Dalhousie and St. Mary’s University, as well as the Dalhousie School of Nursing. We particularly targeted students in the early years away from home, teaching the signs of opioid overdose to the residence dons who supervise more junior students. We branched out playing the card game at Phoenix House, the Junior Card game with Mi’kmaq children, Girl Guides, Boy Scouts, and at board game entertainment spots around the city. Amanda Hudson had amazing talks on stigmatization and videos of testimonials from opioid users and their treatment in the health care system. This was followed by the card game and lots of questions and interactions.

Unfortunately, we were never able to make inroads to playing the game within schools, juvenile detention centers, or correctional facilities.  One of the concerns at the meeting with Halifax Police, was that talking about fentanyl was going to encourage drug use, similar to the age-old argument that sex education would result in teenage pregnancy. Some organizations were unwilling to have the card game played in any of their facilities because of lack of evidence that this communication strategy would reduce addiction. Then the COVID-19 pandemic struck the world, where teaching became virtual and access to face-to-face meeting ceased. As the COVID-19 pandemic wanes, I hope to restart the game in the fall.

To end on a positive note, there were unintended consequences of having residents and medical students become involved with the Doctors Against Tragedies card game. Several of the residents have joined a volunteer Addictions Consult Team within the hospital to help patients to initiate and transition to opioid replacement therapies on discharge. One of the medical students has worked with Mr. Matt Bonn, program manager with the Canadian Association of People Who Use Drugs, on the impact of the COVID-19 pandemic on people with addictions. Several medical students have chosen to work in rural areas, highly impacted by opioid misuse, and plan to work addiction in as part of their practice.

The key issue in implementing the Doctors Against Tragedies card game in any area is forming a team. Our little board represented people from all walks of life who have been impacted by opioid misuse disorder. Involving learners as well as the public has added enthusiasm, as well as bringing the tragic reality of deaths from opioid overdose to the people with whom we engage. 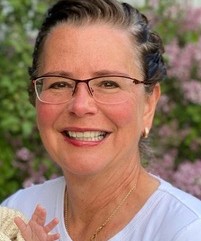 Jennifer Szerb, MD, is a professor in the department of anesthesia, perioperative medicine and pain management at Dalhousie University in Halifax, Canada.