Spinal cord stimulation (SCS), originally described in the 1960s for cancer pain, has been successfully used for many refractory pain syndromes, including complex regional pain syndrome (CRPS), failed back syndrome, headaches, refractory angina, peripheral ischemic limb pain, and various neuropathies. The basic principle is to mask the sensation of pain via delivery of electrical impulses generated by an implanted pulse generator to electrodes placed in the epidural space. Early studies attempting to characterize the precise mechanism of SCS focused on the Gate Control Theory of Pain, which hypothesized that stimulating large myelinated fibers of peripheral nerves inhibits nociceptive input into the dorsal horn of the spinal cord. More recently, it has been evident that mechanism of action of SCS may at least be partially due to an alteration in the local neurochemistry in the dorsal horn in neuropathic states.[1] As promising as SCS has been in treating chronic pain syndromes, its utility has been sometimes limited by a lack of reliable effect on distal portions of the extremities, uncomfortable paresthesias in non-painful areas (often with postural variation), and a decrease in efficacy over time. [2] While complications such as epidural hematomas, dural puncture and neurological damage are rare, hardware-related complications such as lead migration, fracture or failure have been more commonly reported. [3]

More recently, dorsal root ganglion (DRG) stimulation has emerged as a treatment modality for intractable pain, particularly that related to CRPS. The Food and Drug Administration approved the use of DRG stimulation for refractory lower extremity pain related to CRPS in 2016. This technology provides  a more precise approach in targeting painful areas such as the lower legs, hands, feet and the groin. [2],[4] The DRG contains the cell bodies of primary sensory neurons, and has been implicated as a site of many pathophysiologic changes that occur in chronic pain.[5-6] The proposed mechanism of DRG stimulation in treating neuropathic pain is to stabilize and decrease DRG hyperexcitability. The lead implantation procedure is similar to that of SCS in that the leads are threaded through the epidural space under fluoroscopic guidance, but differs in that the lead is guided into the intervertebral foramen, adjacent to the targeted DRG.

Early data (including one randomized controlled trial comparing traditional SCS to DRG stimulation) suggests that DRG stimulation can be used at subthreshold amplitudes and not produce paresthesias, while maintaining adequate analgesia within the targeted dermatome. DRG stimulation was shown to have a higher rate of treatment success (with success defined as achieving a minimum of a 50% decrease in visual analog pain score) along with less postural variation in paresthesias compared to SCS stimulation.[7-9] It has also been described as an effective treatment for phantom limb pain and refractory discogenic low back pain.[10-11] In terms of safety, while this technology is relatively new and analysis of the manufacturer’s data suggests that DRG stimulation has a similar, if not lower rate of adverse events compared to SCS, there is a paucity of high-quality clinical data on precise complication rates given the relatively novel status of DRG stimulation.[6] What we know from a retrospective study based on FDA data is that, similar to traditional SCS, the most commonly reported complication is lead migration, though the precise incidence is unknown.[12]

In the setting of the opioid crisis, there has been an increased focus on opioid-sparing techniques for analgesia. This is particularly relevant in patients with chronic, intractable pain. DRG stimulation (in many cases) is a relatively paresthesia-free modality of analgesia that shows great potential for chronic, intractable pain, particularly when the pain is restricted to a certain dermatomal region. The strongest evidence for the use of DRG stimulation has focused specifically on CRPS. While promising, this technology remains under investigation for long-term outcomes. 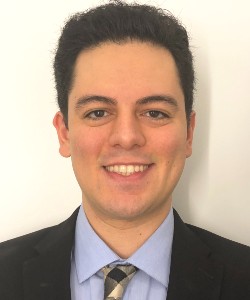